Let’s make one thing quite clear: I’m NOT a Christmas person. Bah humbug, I say! There’s not a scrap of tinsel to be detected in my barracks, nor any loose baubles rolling around under the sofa. No Sir! This is a 100% Christmas-free zone.

However, I do like the pretty lights outside. And to make up for the disturbing shopping centre art post from a few days ago, I thought I’d treat you all to something a bit easier on the eye: a few pics of Toledo decked out in seasonal splendour.

It’s worth mentioning that the issue of municipal Christmas decorations is highly contentious in Spain right now. Public spending on virtually everything has been severely curtailed, including on essential healthcare services and education. People are demonstrating furiously against these brutal cut backs every day.

But because Toledo is very popular with tourists, and a significant part of the town’s revenues depend on visitors, being dolled up in festive glitz is an absolute must, at least for the historic centre. However, to compensate for the expense, the authorities have cut down on street lighting in other areas of town. On many streets, only every second street lamp is in operation (not a bad idea!), and in some, the lighting has been turned off altogether. A friend of mine lives in these “blackout” streets, and every time I go to and from her house in the evenings (which is at least once every week), I end up stumbling over a pavement slab or treading into a pile of cat pooh.

[The pictures look a lot better when they are bigger – you can click on them, and that will take you to a screen with a larger version] 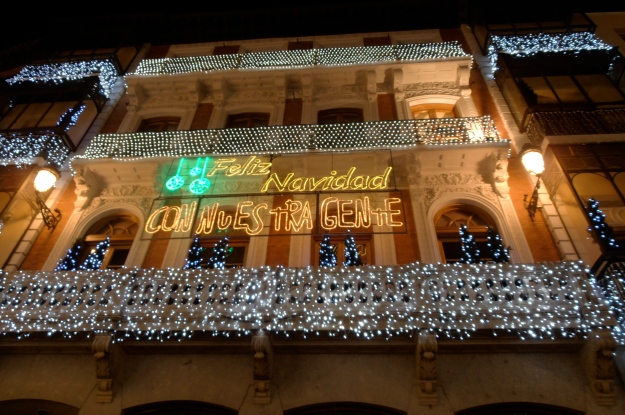 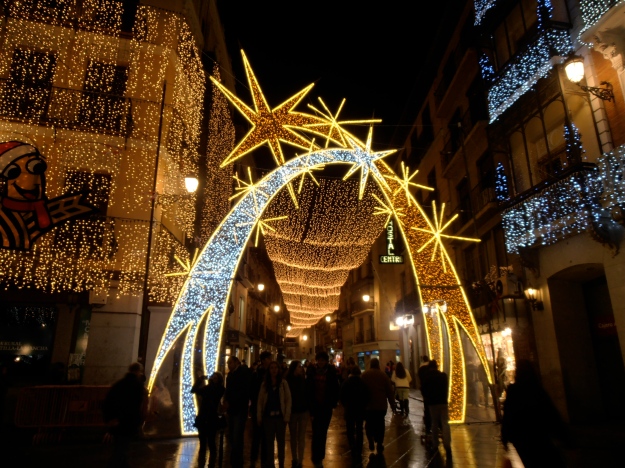 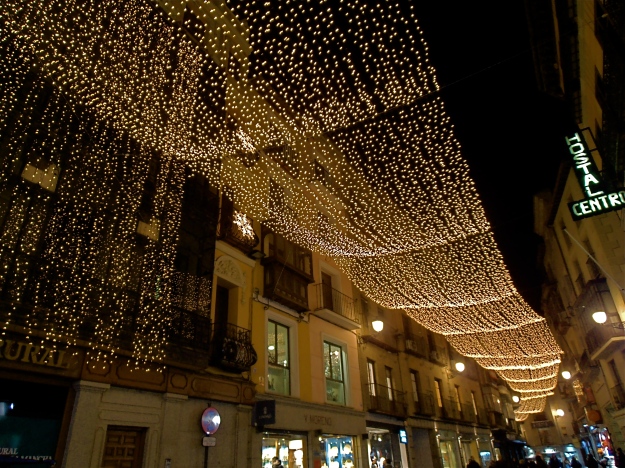 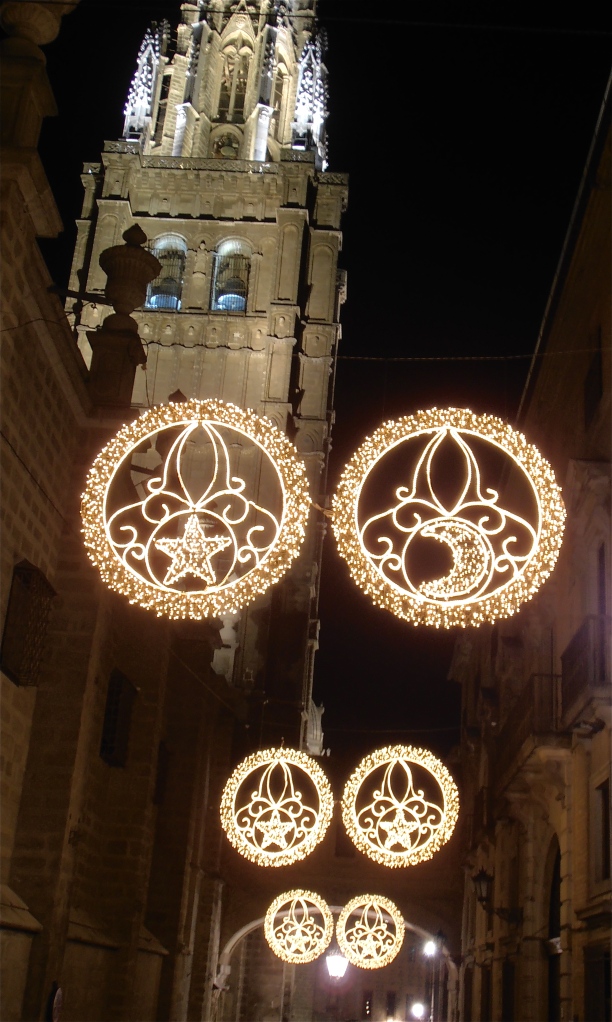 The street leading up to Toledo Cathedral 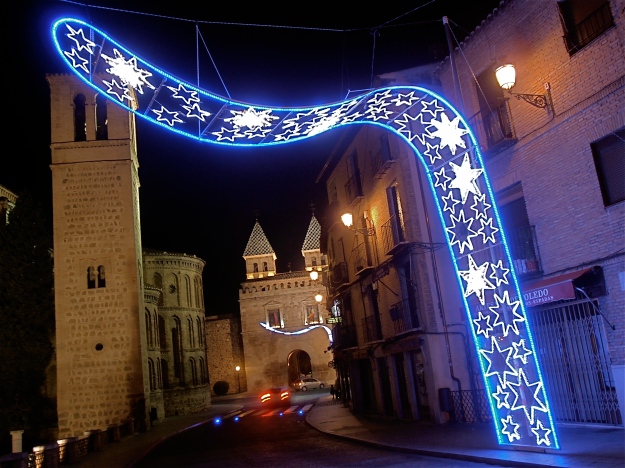 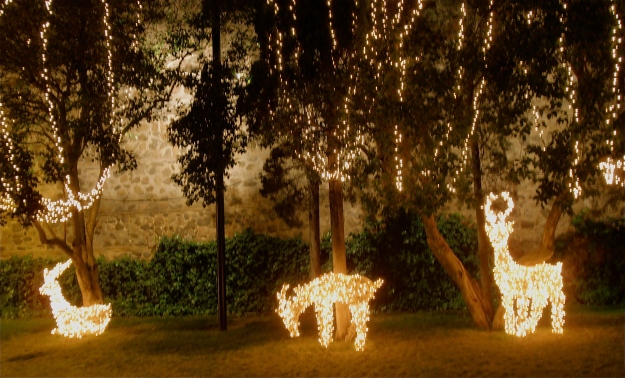 I just caught these on the off-chance, indulging in a bit of illegal grazing outside of official feeding hours. The blurriness is intentional, so they can’t be identified by any overzealous elves.

9 thoughts on “Christmas in Toledo”