I’ve had a frustrating morning. I spent three hours watching the most interminable plod on Earth (aka Toledo’s Corpus Cristi procession, I’ve slagged it off before, see this post). Ok, it wasn’t any different from the year before – I knew full well what I was letting myself in for! – and I had some very good company, so it wasn’t all bad.

The most vexatious thing about it was that I took about a zillion photos and all of them turned out to be crap. And I mean ALL OF THEM. This is the best one (and only if you happen to have a thing for men in uniform): 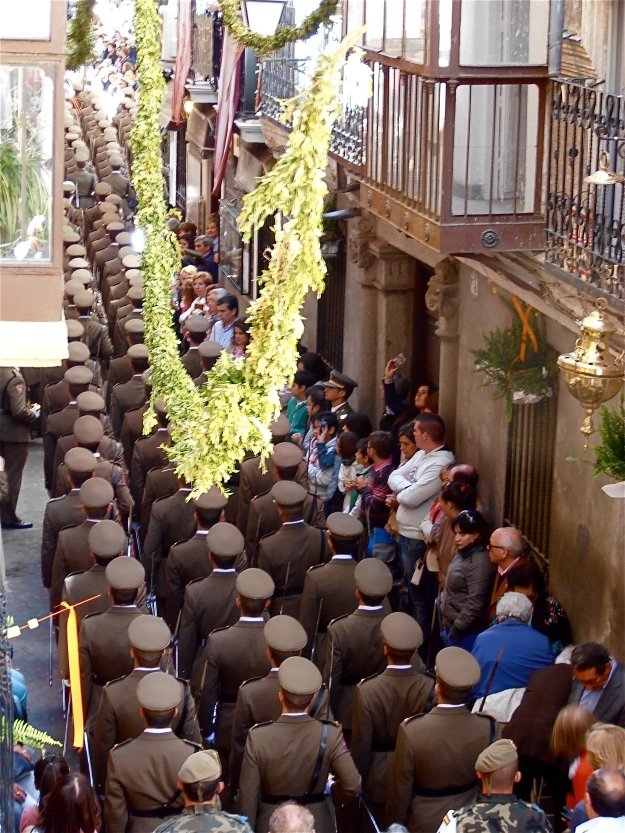 Pathetic, right? Not that I fancy myself as possessing even a shred of photographic talent, but deleting dozens of abysmal pictures without having anything half-way presentable left to show for after an entire morning’s snapping session is a bit depressing.

But then, my day was saved by one of my new language exchange partners. She picked me up this afternoon for some practice at her house, and I took some flower pics in her garden, which cheered me up no end after this morning’s dismal defeat.

Not a flower, but a tiny pomegranate. I’d never seen them in the early stages of development before, so this was a delightful find

Pretty yellow flowers by the poolside

Join 1,964 other followers
Follow Lady Of The Cakes on WordPress.com