The recipe for “Zwetschgenknödel”, as they are called, came from my father’s mum. It’s not a traditional Bavarian dish, but a Silesian one. My mum makes them with plums rather than damsons, same difference.

This may not be one of the most photogenic dishes in the world, but it’s my uncontested favourite. Why? Because it’s essentially… like CAKE!

It all starts with yeast, flour and water to make a big lump of dough.

Then you shape it into palm-sized balls, stuffing them with plum or damson slices. Peaches might work just as well, I guess. 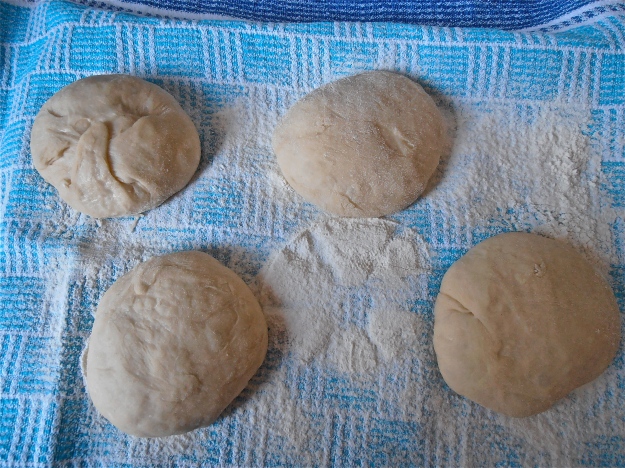 Next, you drop the dumplings into boiling water and leave them to simmer for about15 minutes. 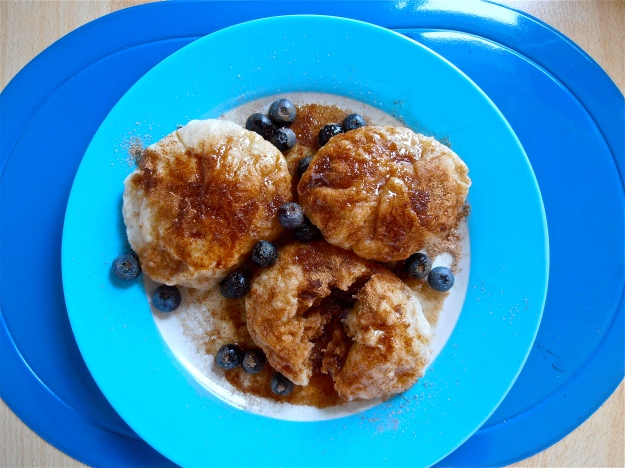 Served with a heavy dusting of sugar and cinnamon, and browned butter poured over the top. I added some blueberries for good measure.

And yes, I ate all three of them. Without even struggling.