During the outing to Madrid last week (where we ate all that sushi), I came across some graffiti wall art: 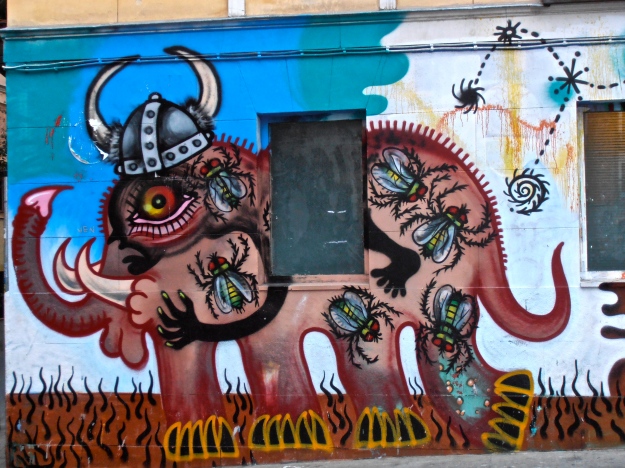 A viking elephant… my flash seems to have given him red eye. The flies are making me feel all itchy… 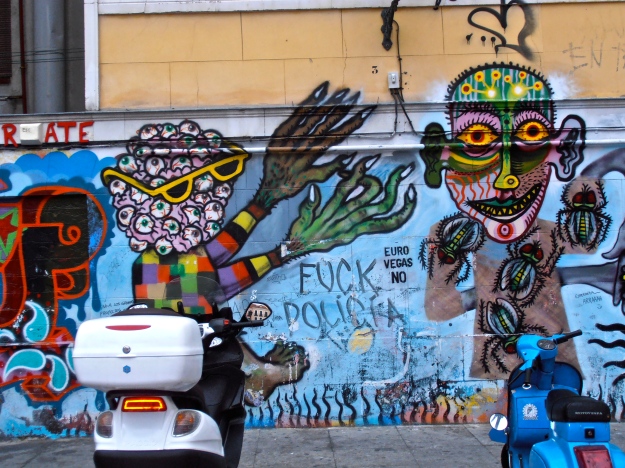 Note the “Fuck the police” and “Euro Vegas No” additions

The “Euro Vegas” project, which was meant to create a massive gambling resort just outside Madrid, has been hugely controversial. Incidentally, it was reported yesterday that the whole thing had now been cancelled. See this BBC business news article for details.

With regards to the police comment, in mid-November, Spain introduced new legislation, which stipulates extortionate fines for insulting police officers and also the, uhm, Spanish flag. This has created a tremendous uproar, as these laws are seen as a hostile attempt to curb the growing number of (overwhelmingly peaceful) street demonstrations against the government’s ineffectual economic policies.

OK, I won’t bore you any longer with politics. I realise that you only clicked on the post to gawp at this one: 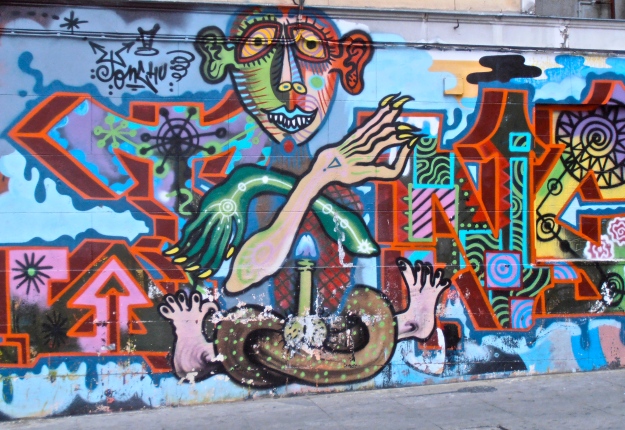 A radioactive codger… best not to get too close… 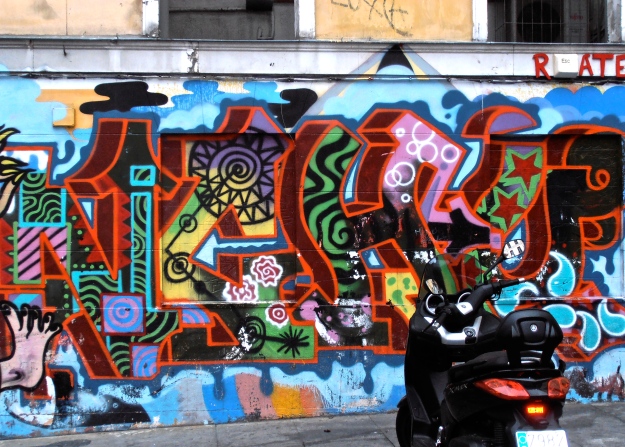 I dunno what this is… but it sure is colourful 🙂 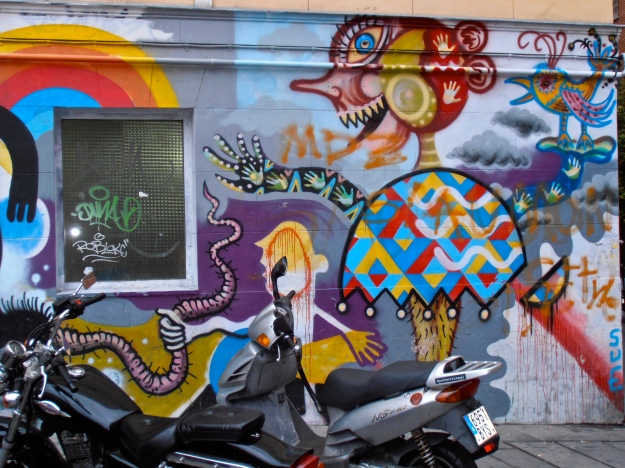 That bird is far too puny to finish off the ghastly worm, and that lady has a rather hairy stalk.