Teresa, my Portuguese teacher, harbours a dark fantasy. She would love to get hold of one of 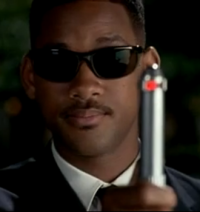 those Men-In-Black memory eraser sticks and expunge every trace of Spanish from her students’ brains. Then she could finally teach us proper Portuguese from scratch.

Sadly, since this fantastic gadget doesn’t exist in the real world, her little fantasy is doomed. She’ll just have to keep on rolling her eyes every time we say “pequeño” instead of “pequeno”, and sigh in quiet desperation over us pronouncing what should be a mellifluous sing-song language in the machine-gun-like staccato characteristic of Peninsular Spanish.

But it’s not just poor Teresa who suffers.

My brain is no blank canvass. Besides being littered with useless factoids, it comes with two languages fully installed that don’t always play very well together, a third one is running at 72% (and still loading), and now I’m attempting to pour another one into this turbid pond.

In general, I guess it does hold true that the more languages you know, the easier it is to learn another one, but the downside is that they interfere with each other in menacing ways. For instance, the similarities between Romance languages are both a blessing and a curse. Because of their considerable lexical overlap, if you’re a laid back kind of a person and just want to “communicate”, you’ll do great by kidnapping Italian words to plug the gaps in your Spanish, but if you’re a stickler like me and you care about getting it right, it’s the road to insanity. Verbs are among my biggest headaches, as I’m still battling with the fifty or so versions that exist of each Spanish verb. With Portuguese thrown into the cauldron, the putrid, gurgling broth isn’t going to turn into a bowl of translucent consommé any time soon. 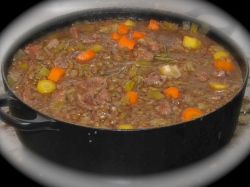 More of a messy stew… 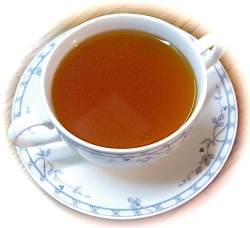 …than a clear broth

Some people I know have given up. One of my Spanish friends, while living in Barcelona years ago, attempted to learn (the local language) Catalan. She abandoned the attempt, because every time she tried to speak it, Italian (acquired during a year studying abroad in Rome), shot out of her mouth instead. An old college friend of mine keeps insisting that all those years studying Italian as a youngster have prevented her from communicating in coherent Portuguese to her Portuguese husband’s family.

I follow this blog http://myfiveromances.wordpress.com, owned by “Bernardo”, a very witty Australian guy, whose personal challenge lies in tackling Portuguese, French, Italian, Spanish and Romanian simultaneously. I believe he spent last summer in Romania to get to grips with the latter. His grammar posts from back then made my head spin. I’ve no idea how he maintains his sanity, I really don’t.

It’s not just closely-related languages that cause an interference problem. During the early-to-intermediate stages of language learning, it’s a very common phenomenon that our brains, while labouring hard to retrieve the required vocabulary, dredge up the corroded remnants of languages we haven’t used in years. When I first started learning Spanish, what kept popping into my head was my long-forgotten Russian from half a life-time ago. 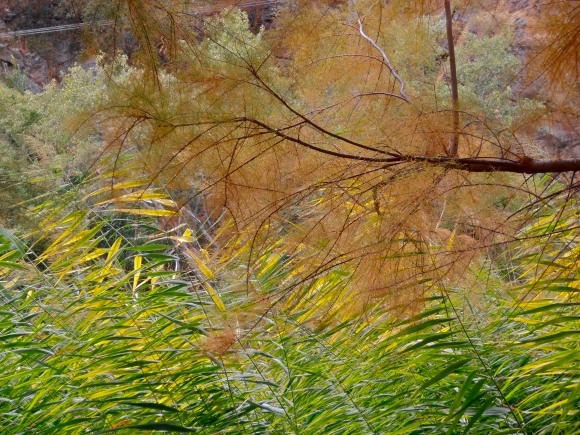 Interference can manifest in many ways. For instance, I seriously struggle with gender agreement in Spanish and Portuguese. It’s not too difficult to match nouns with adjectives that directly follow them, but if the adjective or a pronoun refers to a noun, which occurred in a previous sentence or even further back, I tend to get it wrong. And it’s not my fault. It’s my German that’s doing it.

Grammatical genders are, for the most part, entirely arbitrary, and so German and Spanish genders don’t usually coincide. Since German is my native language, its genders are indelibly etched into my brain stem. I never realised this would lead to so much trouble.

Naively, I thought I had an advantage, because I was, at least, familiar with the concept of genders. Unlike native speakers of English, Japanese, Chinese, etc, I didn’t have to go through the futile questioning stage: “How can a table be male/female – it makes no sense!”

In the early phase, the gender issue creates some minor problems for Germans learning English. We may refer to inanimate objects as “he” or “she”, but this usually doesn’t persist for very long. Everything is “it”, and even for animals sporting discernible genitals, you still get to resort to the convenient choice of “it” – now if that ain’t an easy rule, I don’t know what is!

I never thought I would keep jumbling my Spanish genders about in such a dilettantic fashion after all this time, but, as it turns out, overriding one’s primal programming is harder than herding cats with firecrackers up their butts through a dog pound.

As always, I’m curious to hear from my readers – how does language interference play out for you? Which “cross-contamination issues” are you struggling with? Were some of these unexpected?