A while back, I had a facebook chat with an American friend who left the US about a decade ago and settled in Costa Rica. It went something like this:

Her: So, now you’re in Spain… how’s your Spanish coming along?

Me: I’m getting there. Curious though that no sentence seems to be complete if it doesn’t contain either culo*, mierda** or coño.

Her: What is coño? 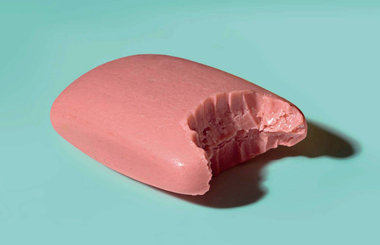 The fact that my American friend, who’s certainly no prissy, had not encountered this term, despite having lived for many years in a Spanish-speaking country (and being fluent in Spanish), speaks volumes. Latin Americans, on the whole, aren’t given to peppering their soft, mellifluous language with expletives.

The Spanish, on the other hand, have a reputation for being straight-talking and potty-mouthed. Since I’m quite partial to this communication style myself, I fit right in, but, I must confess, even after four years in Spain, I’m still a bit shy of the c-word.

I should get over myself. Cunts get dropped into conversation left, right and centre. It’s no big deal. You could be showing someone an infected mosquito bite and they’d exclaim, ¿Qué coño es esto? – What the hell is that!? Or you might have had a glass of wine too many at the expense of coherence when your still relatively sober drinking buddy confronts you with ¿De qué coño estás hablando? – What the hell are you talking about?

¡Coño! as an exclamation by itself can mean a million different things, like “Are you shitting me?”, “What the hell were you thinking!?”, “WOW!” and “FFS!”. You get the idea.

If something’s “a big bloody hassle”, then it’s a coñazo – literally: a BIG CUNT.

So, there you have it. The Spanish are comfortable with their cunts.

Until they move to an English speaking country and discover that not everyone else is.

A Spanish friend of mine, who’s been living in London for more than two decades, avoids the ubiquitous little English word “can’t” at all cost.

The subtle differences in English vowel sounds are a real coñazo for Spanish speakers. Spanish only has five vowel sounds, while English has more than twenty. For Latin Americans living in the US, this is not so much of an issue in this particular case, but in British English pronunciation, can’t and the ‘unmentionable’ are dangerously close. Too close for comfort for my friend, who painstakingly resorts to “cannot” instead.

You may also be interested in my specialist language blog, see here: http://multilingualbychoice.blogspot.com