Everyone knows that Germans have a set of rules for everything. And if there’s no official rule consecrated by some recognised authority, then you will usually find detailed “suggestions” not only on HOW to do something, but also WHY.

I spotted this little gem on the notice board in the block of flats where my mother lives, right next to the Hausordnung (house rules):

Someone’s got a Phd in Laundry Room Physics…

The drying of laundry in the basement leads to high air humidity.

This, in turn, causes already semi-dry items of clothing to re-absorb moisture as well as any newly pegged-out washing to dry more slowly.

For this reason we would like ask you, during times of high humidity (i.e. when a lot of washing has been hung out to dry), to open the windows in the drying room for a short duration of time in order to allow the air to circulate.

Please do not forget to close the window again afterwards.

If only the Kyoto Agreement had been drafted by my mother’s landlords, it would never have failed…

Here’s another example of instructive cajoling, fresh from my village green, aimed at the pooch-owning general public:

Translation: Dog owners – BE CONSIDERATE! Just in case…for now or for later. Pull bag. [Some hooligan has slapped a parody FC Bayern München sticker right across the pictorial guidance, but at least it matches the dispenser’s colour scheme]

What gets me is the utterly redundant “just in case… for now or for later”. I mean, not even German German shepherd dogs plant their malodorous pine cones like clockwork every day at the same hour in the same spot. So, if you’re walking your four-legged poop machine and you ain’t got a poop bag and you see a poop bag dispenser, you’d know what to do, right?

I suspect that the company was so proud of its word play, that it just had to get it out there. Let me explain: The word “Fall” in the idiomatic expression Im Falle eines Falles (= just in case, or, literally “in the case of a case”) has another meaning: fall/drop. So, in case something happens to…erm… drop from your dog unexpectedly… ah haha… ha.

As you can tell, I didn’t have to go very far to find both of these examples. They are everywhere. But WHY?! Do Germans really think that their fellow human beings are not smart enough to work these things out for themselves? Or do they just enjoy being patronising?

I think the issue is two-fold. First of all, Germans are, on the whole, a bunch of pragmatic realists. As such, they accept that about a tenth of the populace consists of morons. What Germans do not accept, however, is that those 10% are let off the hook on account of being dimwitted. Therefore, they resort to stating the bleedin’ obvious. On every noticeboard, on every street corner.

The other reason is linked to their compulsive drawing up of rules for everything. Rules have to be pretty watertight, not only for the benefit of the cretins, but also for the 10% situated at the opposite end of the spectrum, namely the very special breed of German Smart Arse (“Klugscheisser”). If a German Smart Arse flouts a rule, their first recourse is to poke their sausage finger at an omission or ambiguity in the rules.

This gives rise to the need for detailled written instructions for even the most common-sense behaviours meant to ease communal living. It’s the German way of creating social pressure for a special sub-species of the German Smart Arse, aka the Lazy Arse Klugscheisser, by obliterating their first line of defence, which usually goes something like this: “Wo steht das?!” (Where does it say that?!).

There’s people walking about wearing T-shirts. And cycling in shorts. In Bavaria. In late December. Outside!

It smells like autumn. But it feels just like spring. Even the bees are busy, but busy with what…? Flowers are far and few between. Plant life is dormant. Or trying to be. The poor buzzy blighters can’t sleep – it’s too hot to hibernate.

This non-winter is a tricky situation not just for them, but also for faux photographers like me. Bavaria is pretty in the snow. In absence of a powdery white blanket beautifying the season’s barrenness, there’s usually at least an early morning dusting of frost gracing the trees, making them sparkle in the sunshine.

But this year, with temperatures persistently well above zero, everything is brown and (brownish) green. The gently rolling countryside, though easy on the eye when you’re standing in it, turns into nothing-to-write-home-about snaps of muddy fields and dead bristly bits. And my camera is way too crappy to capture the faint silhouettes of the snow-capped Alps towering above the landscape in the far distance, like ghostly dinosaurs.

I had to re-think my strategy. So, here it is: Big skies, small details, textures and splashes of colour where I could find them. And trying not to get myself arrested while loitering around people’s garden fences. 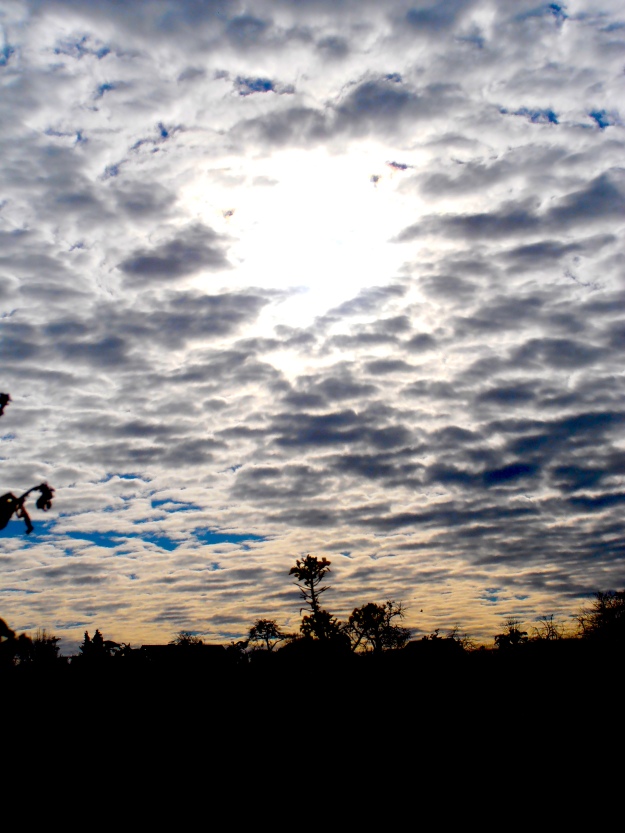 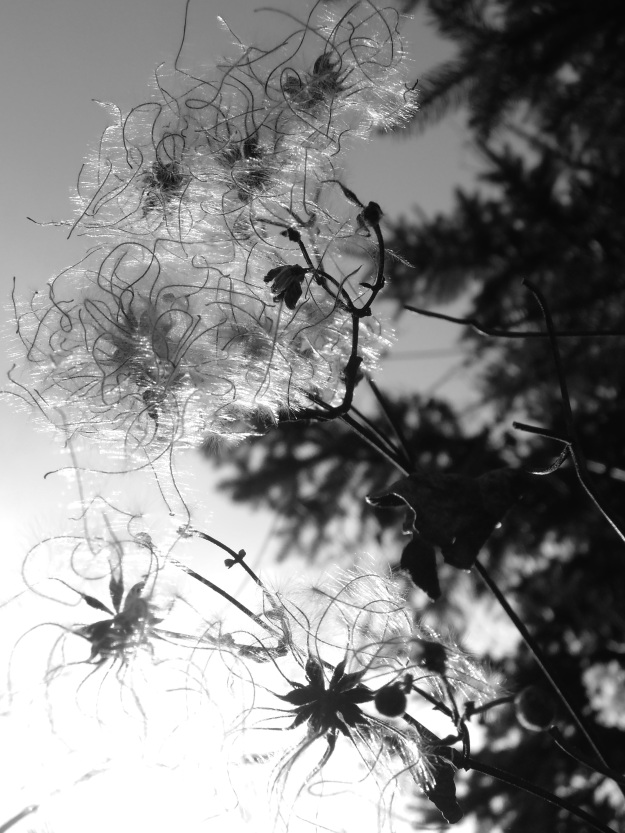 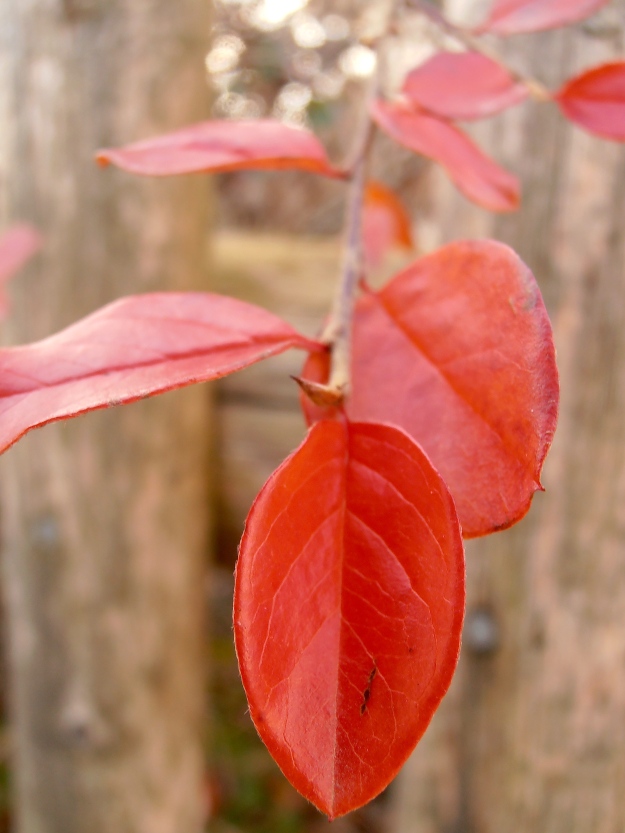 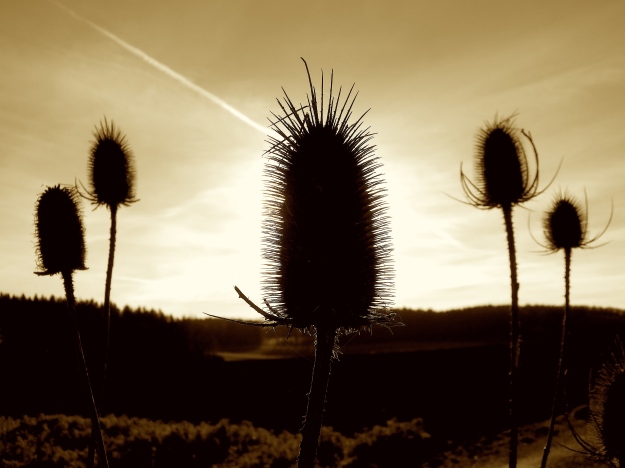 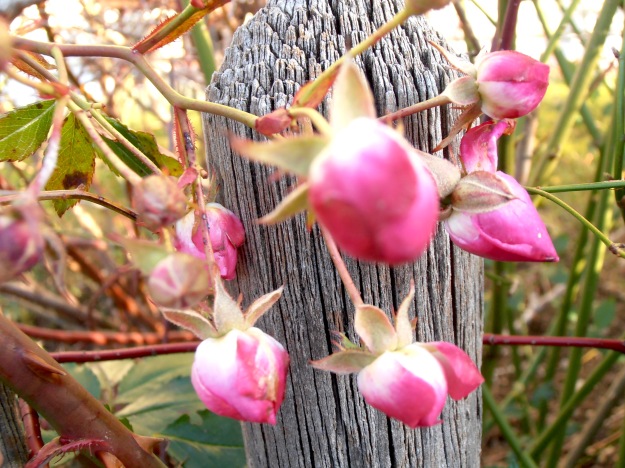 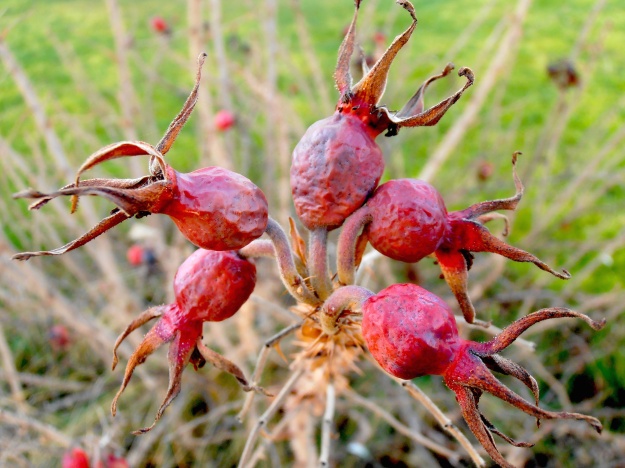 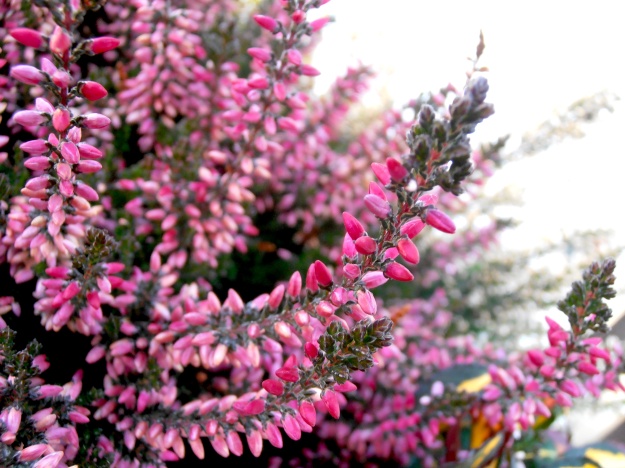 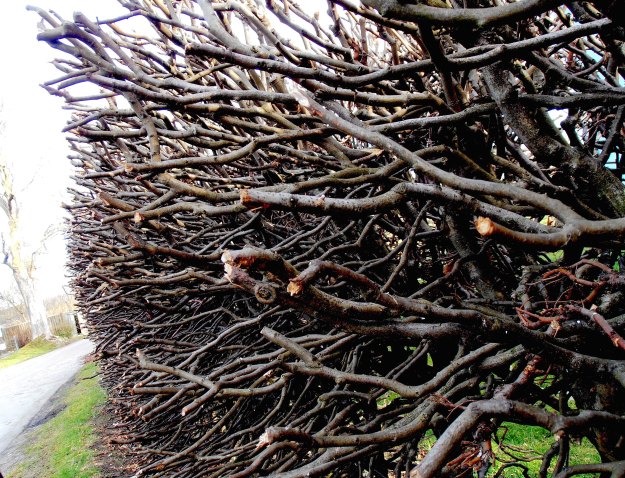 And I know you’ve all been waiting for this: 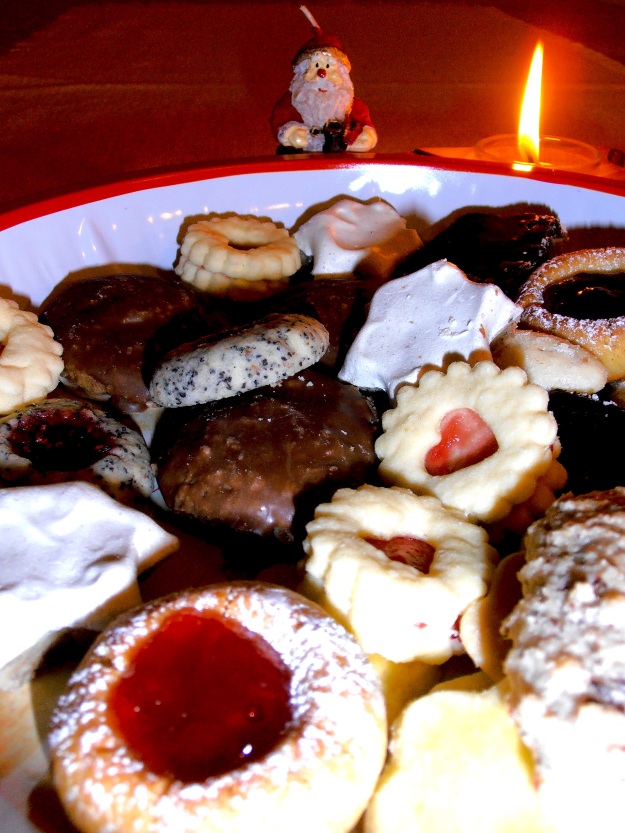 Some of you may remember that last year’s winter-time shots of my tiny little village and surroundings were wildly different:

Apparently, there will be snow next week. Am not holding my breath… 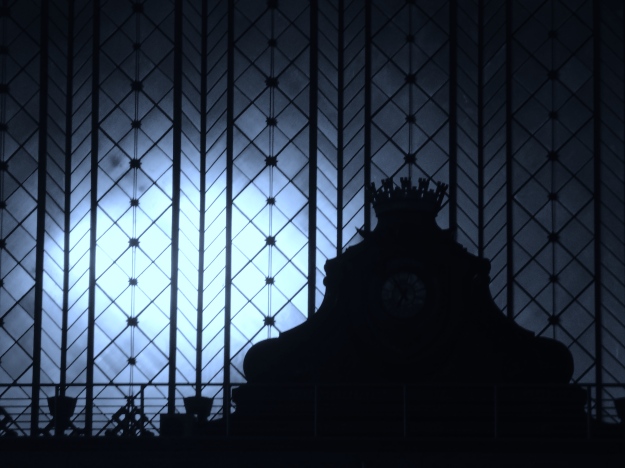